There is a cruel irony when people line up for a free ice cream cone on the annual Free Cone Day at the same time as Palestians line up for hours under humiliating conditions to go though checkpoints set up by the Israeli military in occupied territory.
Meanwhile, settlers can enjoy their Ben & Jerry’s ice cream delivered to their illegal Jewish-only settlements by trucks with Jewish-only license plates that allow them to pass effortlessly along segregated Jewish-only roads. 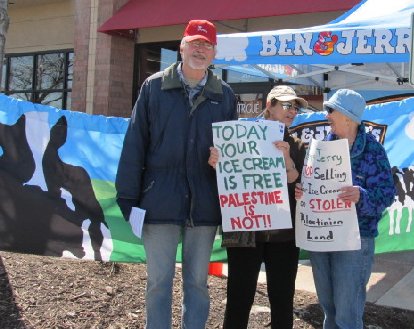 Since 2013, people across the US have protested at Free Cone events by picketing, passing out leaflets and holding signs like “Your Ice Cream is Free, but Palestinian People are not! “ 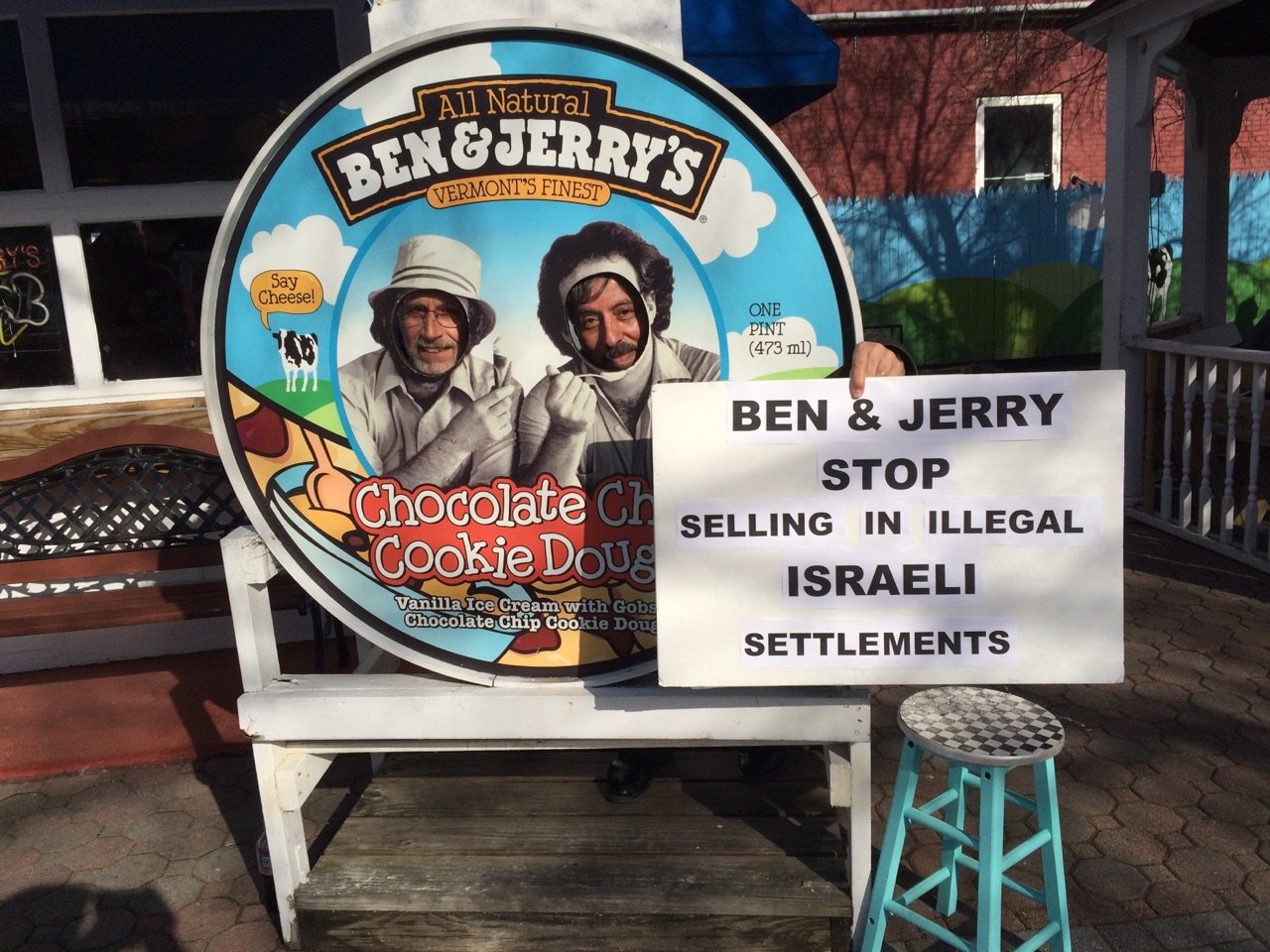 Every year, Ben& Jerry’s serves ‘free’ cones at scoop shops. “Your Ice Cream is Free, but Palestinians are Not! “. This year it was on April 11th 2016 and, as in the previous 3 years, volunteers took advantage of this opportunity to hand out leaflets to people waiting in line, and to talk about Ben & Jerry’s complicity in the illegal and immoral occupation and colonization of Palestine. This year over 2500 leaflets were handed out in ten cities in eight US States, as well as in Montréal Québec. See the full report here. 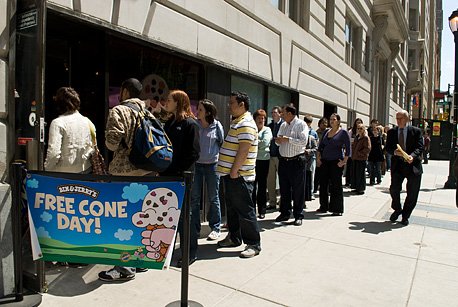 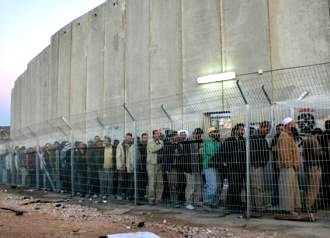 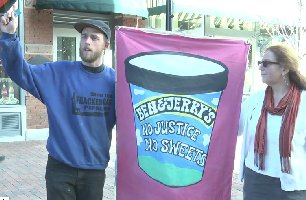 For the third consecutive year, volunteers engaged with people waiting in line at Ben & Jerry’s “Free Cone Day ” and handed out leaflets.
Here’s a report of actions at 18 scoop shop locations in 7 different States. Thousands of leaflets were distributed, and many people in line were surprised to learn about the occupation and our campaign and eager to find out more. This event is an ideal opportunity to let people know about the illegal occupation of Palestine and the oppression of Palestinians, and the illegal Jewish-only settlements where Ben & Jerry’s ice cream is being sold, thus helping to ‘normalize’ the occupation.
And here is a link to the Cantastoria, performed for waiting Free Cone devotees at the ‘Flagship’ Scoop Shop in Burlington, VT. 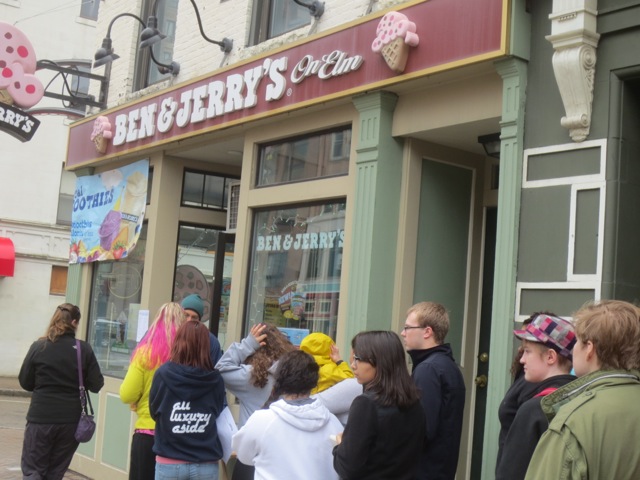 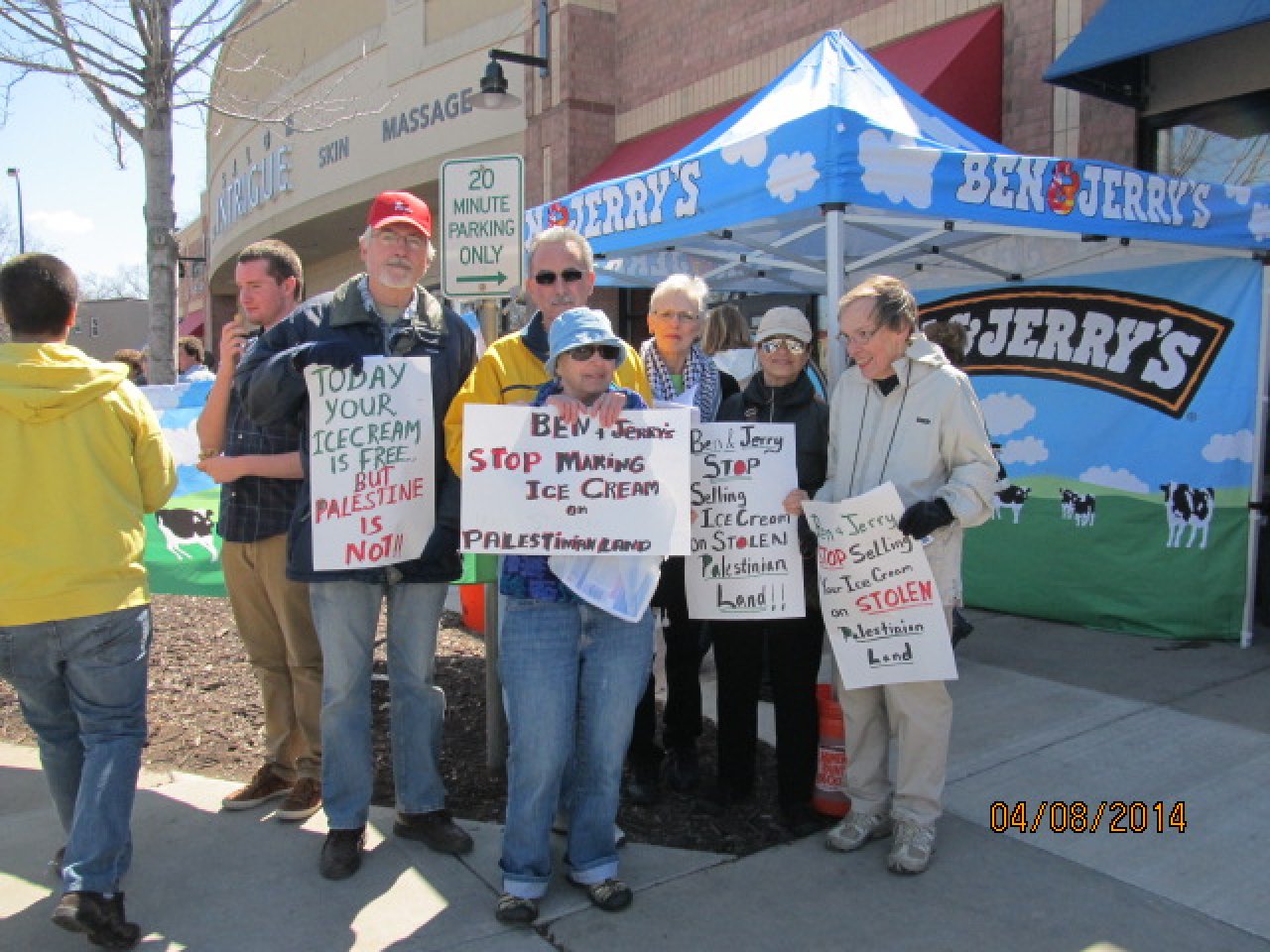 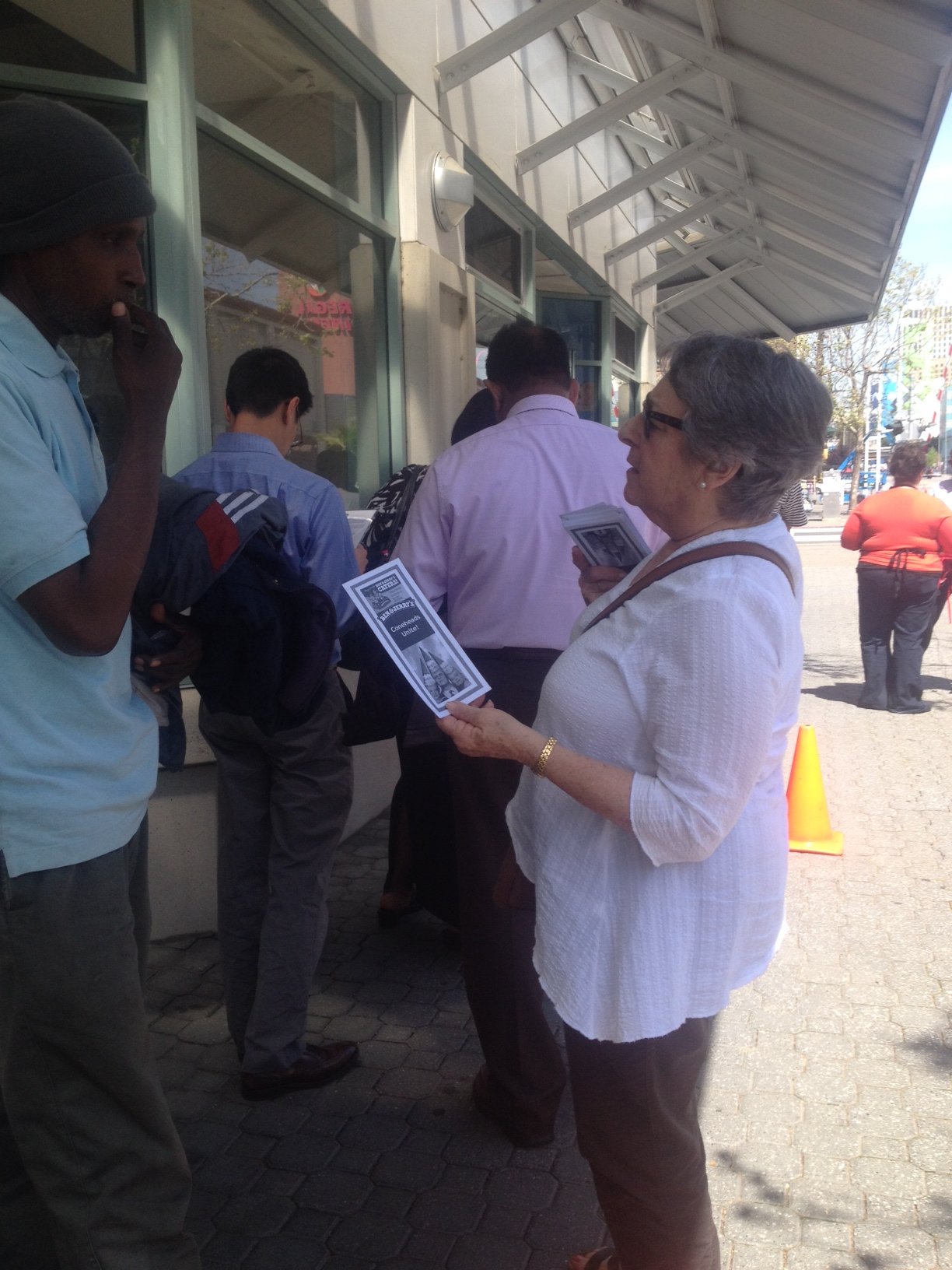 Dozens of volunteers took part in Free Cone Day leafleting at 26 Ben & Jerry’s locations across the US. Yes – 26 locations from New Hampshire and New York to Oregon and California!It was a huge success – and a huge number of people made it happen! It’s clear that Ben & Jerry’s is getting the message.
Also – this has been a great way to bring the message of Freedom for Palestine to people who are not aware of the situation and the injustices.Many local and national organizations enthusiastically joined the actions and publicised the events. Special mention to Jewish Voice for Peace and The US Campaign to End the Israeli OccupationAlso, over 350 people sent a special Free Cone Day email message to Ben & Jerry’s CEO, and others phoned in to the corporate headquarters. (This in addition to over 1600 who have emailed over the past year)