No way to treat a child

More than 6,000 unarmed demonstrators were shot by military snipers at designated protest sites over nine months. 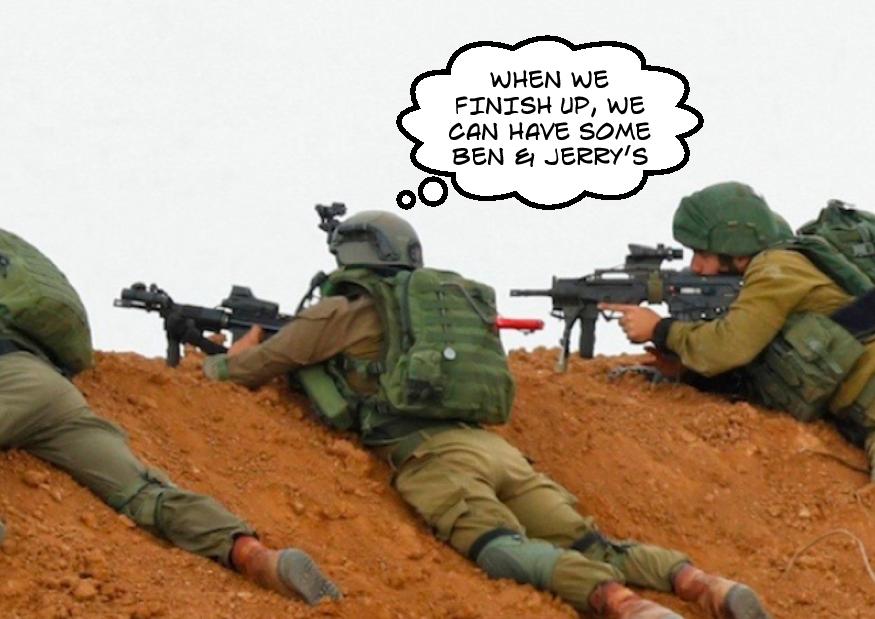 At the end of February 2019, 205 Palestinian minors were held in Israeli prisons as security detainees and prisoners, including 2 administrative detainees. 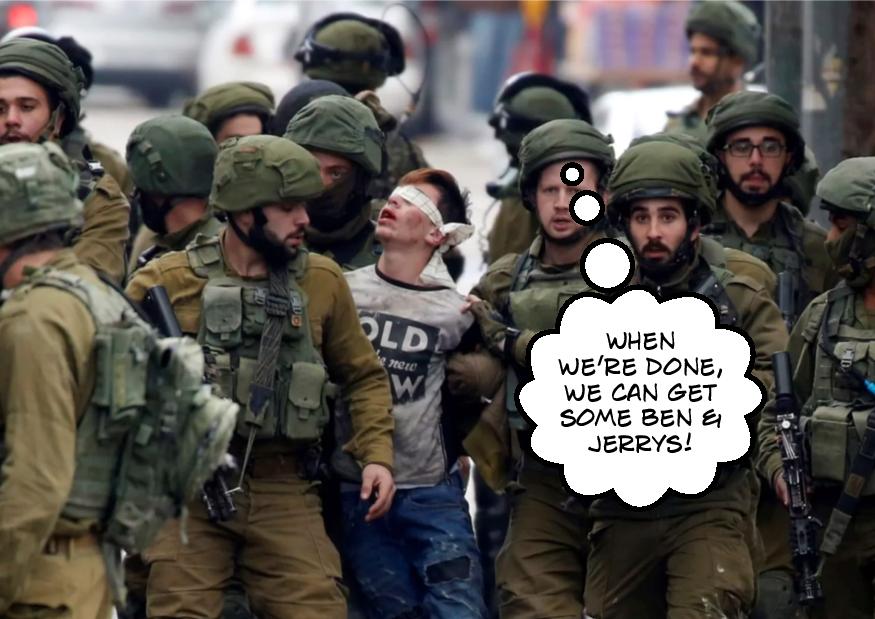 Meanwhile, back at the barracks, these Israeli soldiers celebrate with “Peace and Love” Ben & Jerry’s ice cream. 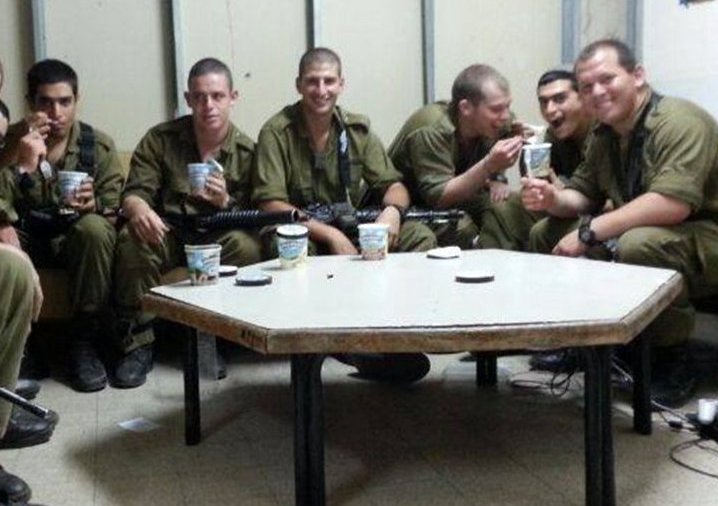 Enjoying some Ben & Jerry’s from the nearby factory in Israel. (Image from their Facebook page)

UN human rights experts have said that Israeli soldiers may have committed war crimes while responding to Palestinian protests on the Gaza border last year. Thirty-five of the fatalities were children, while three were clearly marked paramedics, and two were clearly marked journalists, the commission found.

Prisoner statistics according to B’Tselem – the Israeli Information Center for Human Rights in the Occupied Territories.

The ice cream is made at the Ben & Jerry’s factory in Israel, delivered to the soldiers and trucked to illegal settlements in the West Bank.

Part of our $3Bn annual tax dollars we send to the Israeli military is used to arrest and imprison Palestinian children living under military occupation.
There is a campaign ‘No way to treat a child’ drawing attention to the abuses, and supported by several organizations:
American Friends (Quakers) Service Committee;
Jewish Voice for Peace;
CodePink.

In 2019 a bill has been introduced in the US House of Representatives that would amend the Foreign Assistance Act to prohibit funding for the military detention of children in any country. An estimated 700 Palestinian children are detained, interrogated, beaten, tortured and otherwise entrapped each year in Israel’s infamously unjust military court system.
Dubbed the “Promoting Human Rights for Palestinian Children Living Under Israeli Military Occupation Act”, HR 2407 was introduced by Representative Betty McCollum (D Minnesota).