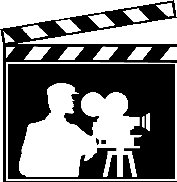 Palestine and Israel in Film: A Six-Week Series

The mix of dramas and documentaries presents critical, complex perspectives on life, culture, and conflict in the occupied Palestinian territory (the West Bank, East Jerusalem, and Gaza) from the viewpoints of Palestinian, Israeli-Jewish, Libyan, Italian, and American-Jewish filmmakers. Six films will be screened, each followed by a community discussion facilitated by Kathy Shapiro and Mark Hage, VTJP members.
Special guests will be present for discussion at two films: Dr. Alice Rothchild, director of “Voices Across the Divide;” Mousa Ishaq, a Vermonter with family members in the village represented in “The Stones Cry Out,” and Bishop Thomas Ely of the Episcopal Diocese of Vermont.
The objective of the series is to increase awareness of the history and politics that have created barriers to peace and justice, and to provide space for respectful discussion of multiple viewpoints. There is no political agenda to the series, or endorsement of any particular position by MSAC or the City of Montpelier.
For more information on the specific films to be shown, call 802-223-2518, or Kathy at 802-229-2955 after Feb. 16. To find a listing and schedule of films, go to https://www.montpelier-vt.org/ArchiveCenter/ViewFile/Item/4332 An introduction to the series and a listing of resources will be provided.
All events are free and open to the public. Donations to MSAC are appreciated. No advance registration is required. 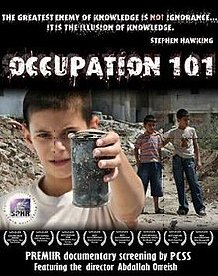 Monday, February 12, 6:30 – 9pm
Occupation 101: Voices of the Silenced Majority
Voices of the Silenced Majority is a 2006 documentary. It focuses on the devastating effects of the Israeli occupation of the West Bank and Gaza Strip and presents a comprehensive history of the Israel-Palestine crisis through the voices of leading scholars, activists, journalists, clergy, and humanitarian workers. It won the Artivist Award for Best Feature Film (Human Rights Category) at the 2006 Artivist Film Festival in Hollywood.
84 minutes; English. 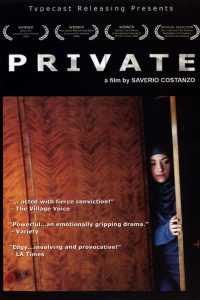 Monday, February 19, 6:30-9pm
Private:
Private, the 2004 debut by Saverio Costanzo, is a drama that centers on the life of a Palestinian family in the West Bank whose home becomes occupied territory when it is taken over by Israeli soldiers. The film, which features a strong Israeli-Palestinian cast, received the Golden Leopard (best film) award at the 57th Locarno International Film Festival.
90 minutes; Arabic with English subtitles. 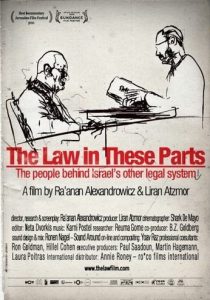 Monday, February 26, 6:30-9pm
The Law in These Parts
The Law in These Parts, a 2011 documentary by Israeli Ra’anan Alexandrowicz, reviews the legal history of Israel’s occupation of the Palestinian territories, chiefly through interviews with judges responsible for carrying out the orders of military commanders. It won the Best Documentary award at the 2011 Jerusalem Film Festival and the World Cinema Grand Jury Prize in Documentary at the 2012 Sundance Film Festival.
101 minutes; Hebrew with English subtitles. 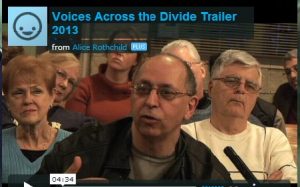 Monday, March 5, 6:30-9pm
Voices Across the Divide, Interviews with Palestinians in the U.S.
This 2013 film will be presented by the filmmaker Alice Rothchild, a physician, author and activist from Seattle.
57 minutes; English. 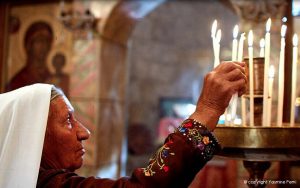 Monday, March 12, 6:30-9pm
The Stones Cry Out
This 2013 film by Yasmine Perni explores the unwavering struggle of Palestinian Christians to resist Israel’s occupation and stay on their land. The film won Special Jury Prize at the 2013 Barcelona International Film Festival.
55 minutes. 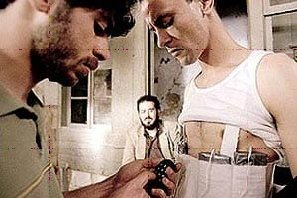 Monday, March 19, 6:30-9pm
Paradise Now
Paradise Now, directed by Hany Abu-Assad, is a drama about two Palestinian men from occupied Nablus who are preparing for a suicide attack in Israel.
Released in 2005, it won a Golden Globe for Best Foreign Language Film and was nominated for an Academy Award in the same category.
90 minutes; Arabic with English subtitles.