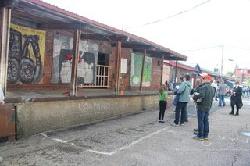 INSPIRED BY POEMS OF MAHMOUD DARWISH 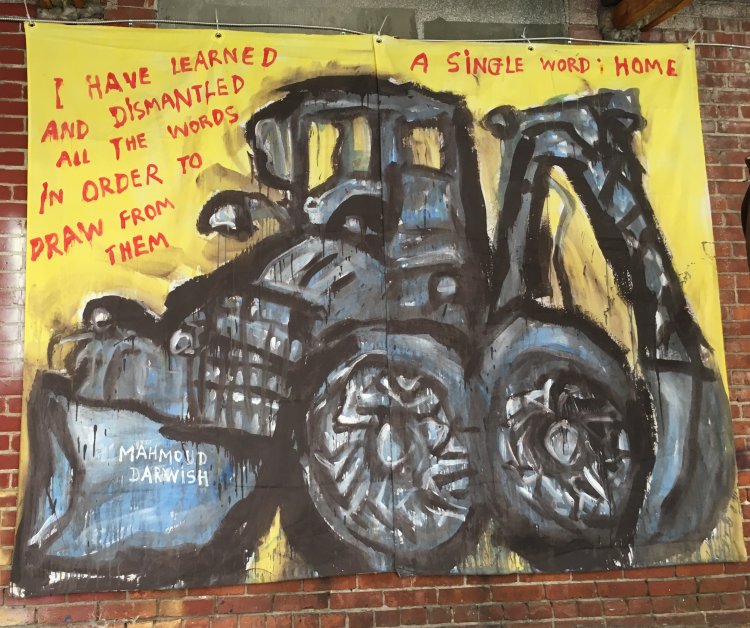 TWO-PANELED YELLOW PAINTING OF A TRACTOR USED TO DESTROY HOUSES

I have learned and dismantled
all the words in order to draw from them
A single word: home.
from “I belong there” from Fewer Roses 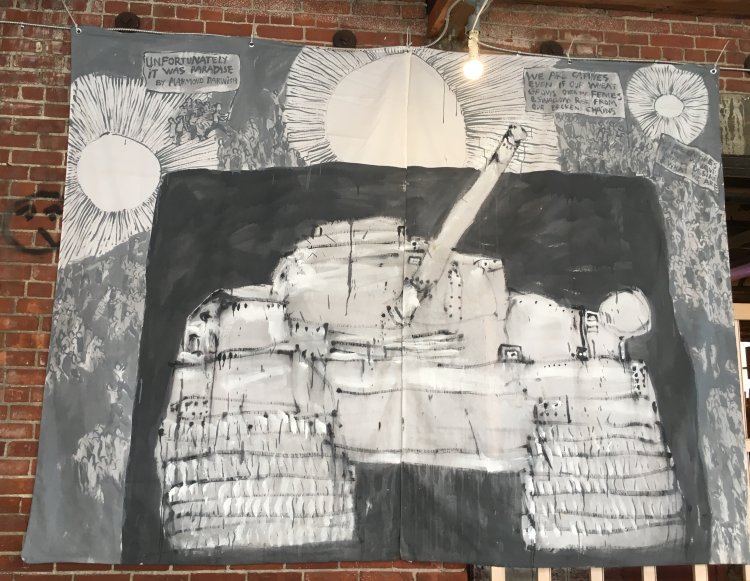 TWO-PANELED BLACK AND GRAY PAINTING OF A TANK

We are captives
even if our wheat grows over the fences
and swallows rise from our broken chains
We are captives of what we love, what we desire, and what we are
from “The Hoopoe” in Unfortunately, it was Paradise from I see what I want to see
Unfortunately, it was Paradise.
(no poem of this title found. It’s been referred to by scholars as the title of the first collection which brought Darwish to English-speakers’ attention. It may have no Arabic source as a phrase.) 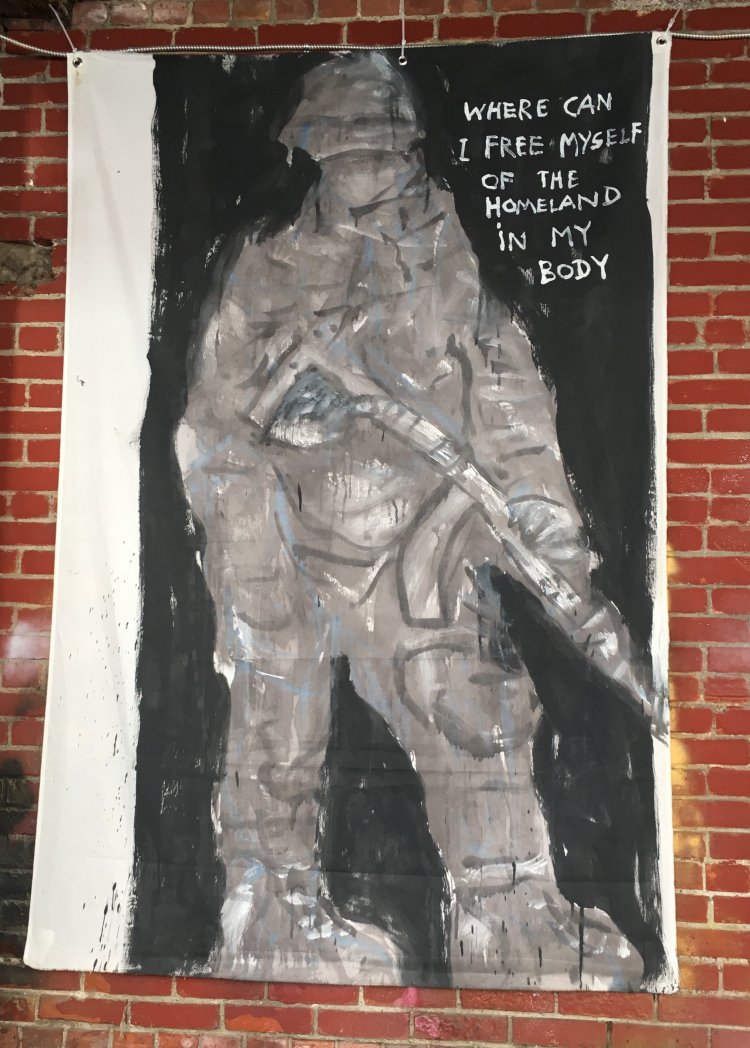 ONE-PANELED BLACK AND GRAY PAINTING OF AN ARMED IDF SOLDIER

Where can I free myself of the homeland in my body?
from “The Last Train Has Stopped” 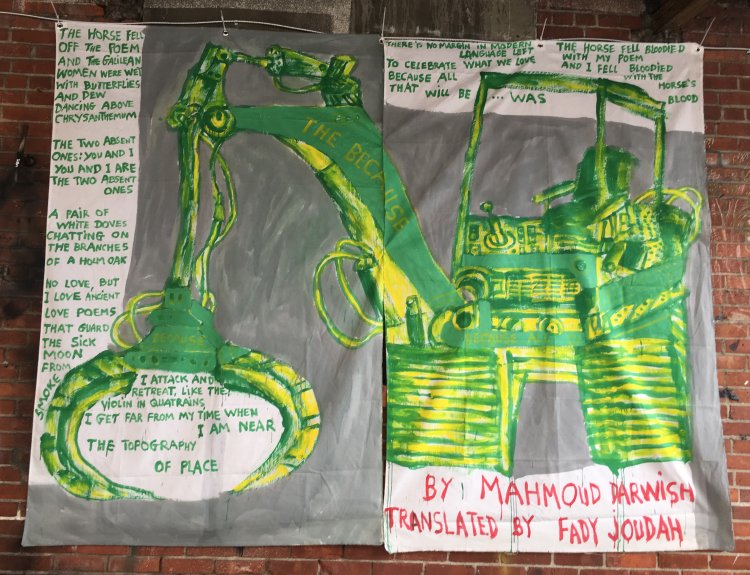 The horse fell off the poem
and the Galilean women were wet
with butterflies and dew,
dancing above chrysanthemum

No love, but I love ancient
love poems that guard
the sick moon from smoke

I attack and retreat, like the violin in quatrains
I get far from my time when I am near
the topography of place …

There is no margin in modern language left
to celebrate what we love,
because all that will be … was

Sponsored by Vermonters for Justice in Palestine.